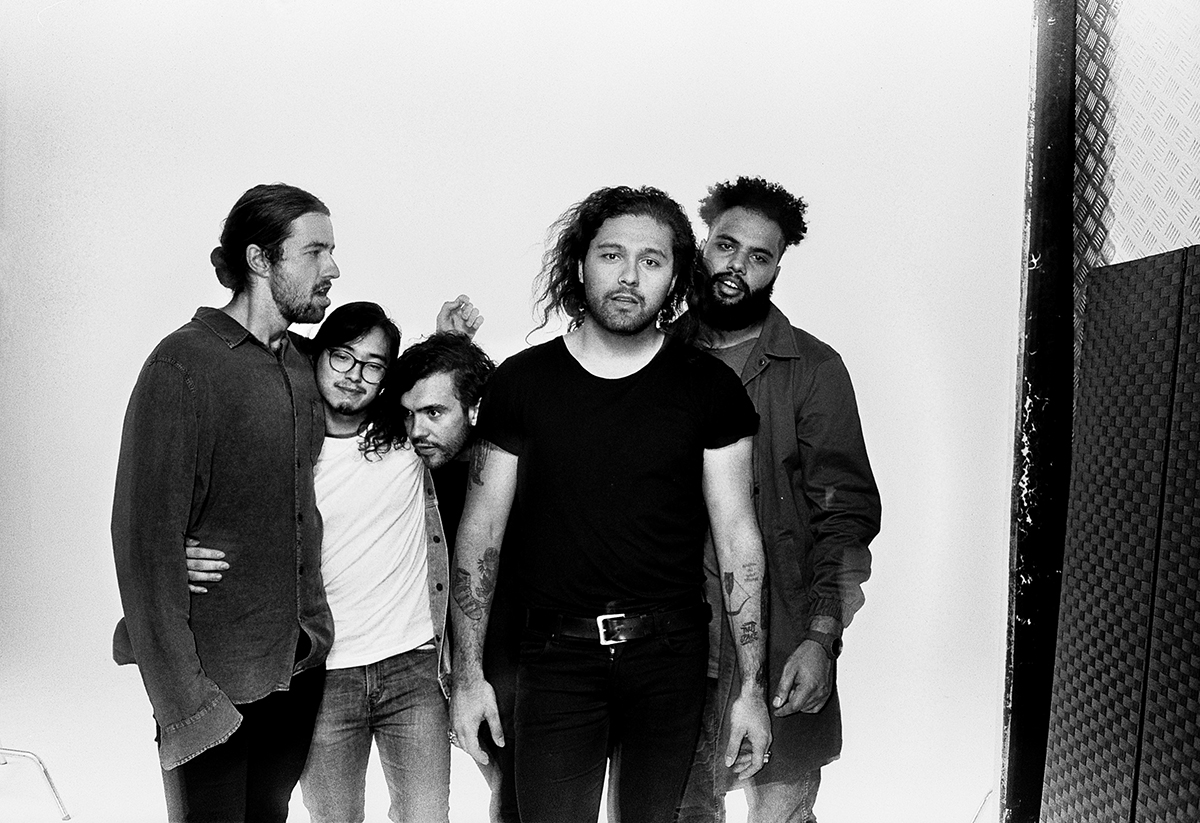 The holiness of love, the chaos and rapture of surviving against all odds, these are what drive Gang of Youths. A five piece from Sydney founded in the confines of their religious youth, enchanted by the spectacle of worship and deliverance, it’s no wonder their music burns with the desperation of apocalypse. With singer Dave Le’aupepe’s lyrics drawn from some of the most miserable life experiences available to humanity, and the band’s music taking cues from rock history’s most ambitious and theatrical preachers, Gang Of Youths drag the beauty out of everything from hell to high heaven.

Gang Of Youths released their highly anticipated sophomore album GO FARTHER IN LIGHTNESS in 2017, a nod towards the optimism and kindness the band have found by surviving their various ordeals, this new record continues the work that has already so indelibly imprinted on fans across the world.

The album was received with great critical acclaim, debuting at #1 on the ARIA Charts and securing triple j’s feature album. The colossal year continued for the band, taking out a total of four 2017 ARIA Awards for GO FARTHER IN LIGHTNESS, including Best Group, Best Rock Album, Producer Of The Year and the prestigious Apple Music Album Of The Year, cementing their status as one of Australia’s leading rock bands.

The 2018 account for Gang Of Youths opened up with three tracks from GO FARTHER IN LIGHTNESS charting in the Top 10 of triple j’s Hottest 100, making them the third act to reach this achievement in Hottest 100 history.